A bit of history about the Uffizi Gallery

The Uffizi Gallery was constructed between 1560 and 1580 by Giorgio Vasari following the orders of Cosimo I de Medici, first Gran Duque of Tuscany. Originally were designed as offices for magistrates, judges, technicians, and merchants of Florence. In order to build the Uffizi Gallery in a U shape many buildings were demolished like San Pier Scheraggios church. This is an old Romanesque and important church from the XI century whose arcs and columns can be seen from Via della Ninna in front of the Palazzo Vecchio.

When Vasari died in 1574, this project which construction has been prolonged for many years; has not been completed and two others architects Bernardo Buontalenti and Alfonso Parigi il Vecchio were the ones in charge to finish the work.

The top floor was turned into a private gallery for the amusement of the ruling family of Florence, friends and guests. Here in this gallery were displayed paintings, statues, jewelry, scientific instruments and weapons transforming it into a very interesting and precious collection in the world.

The gallery became a museum and opened its doors officially in 1769.

What is the Uffizi Gallery nowadays?

The Uffizi Gallery, in Italian: Galleria degli Uffizi, is a building and museum of Florence that contains one of the oldest and most famous collections of art in the world.

Nowadays with 50 rooms, houses paintings ranging from the 13th century to the 18th century. The highlights are the famous Madonna di Ognissanti by Giotto, the Battle of San Romano by Paolo Uccello, the double portrait by Piero della Francesca, Federico da Montefeltro, the Birth of Venus by Botticelli; in addition to three works by Leonardo, one by Michelangelo, a few by Raffaello and many by Tiziano. All paintings inside the Uffizi Gallery have been displayed chronologically, so it is possible to fully appreciate all the innovations in art throughout the centuries.

Today the Uffizi Gallery is one of the most admired and visited museums in the world.

Curiosities about the Uffizi Gallery

Did you know that with the extinction of the Medici family in the XVIII century, Florence became part of the Austrian empire and the pieces of art that were inside the gallery were almost transferred to Vienna? It was the last duchess, Ana Maria who declared in her will the desire to donate to Florence these wonderful collections. In this way the gallery was opened during the XVI century to the visitors under request and in 1769 opened its doors to the public as a museum.

Did you know that the Uffizi Gallery is considered one the most visited tourist attractions in Italy especially in the city of Florence? During 2015 received almost two million visitants and this number increase every year.

Why visit the Uffizi Gallery?

The origin of the Uffizi Gallery dates back to the age of splendor of the Republic of Florence. This is an indispensable goal in your trip especially if you are art fan because it contains the most important collection of Italians paintings, most of them masterpieces from the Renaissance.

If you are not particularly a fan of museums, and in your visit to Florence you want to choose one or two, visit the Uffizi Gallery because is the most important art gallery of Italy and one of the most prestigious in the world.

How to visit the Uffizi Gallery?

Only a few steps away from the Uffizi Gallery we find Piazza della Signoria, the center of the civil power with its impressive Palazzo Vecchio that nowadays is home to the offices of the local government and to the Ragazzi Museum where you can see works of Bronzino, Michelangelo, Giorgio Vasari and many others.

Also you can enjoy many other monuments that tells the history of a preserve city through time, the Ponte Vecchio with its hanging houses and shops, is one of the most famous around the world and also is one of the most ancient stone bridges in Europe. 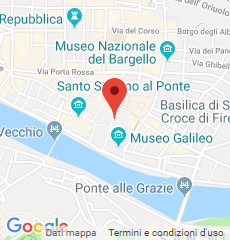