A bit of history about the Medici Chapels

The construction of the New Sacristy began in 1521 and was designed by Michelangelo under the request of the Popes Medici, Leone X and Clement VII. When the Medici were expelled from Florence in 1527, works were interrupted until 1531 when Michelangelo resumed the task he had to suspend again in 1534, when he had to leave to work in the dome of St. Peter's Basilica and in the Sistine Chapel in Rome. For this reason, the works were completed successively by Giorgio Vasari and Bartolomeo Ammanati.

The Chapel of the Princes is the most luxurious chapel of the Medici family, its decoration continued until the 18th century when the last of the Medici was buried there. Here also were buried members of the family with title of Grand Dukes of Tuscany. In the six sarcophagi lie the remains of Fernando II, Cosimo II, Fernando I, Cosimo I, Francisco I, Cosimo III, and their respective wives.

What are the Medici Chapels nowadays?

The Medici Chapels were built in the 17th century as a mausoleum for members of the Medici family. Today it is a state museum in Florence that includes the New Sacristy dating from the 16th century. The New Sacristy is the great evidence of the genius of Michelangelo, unites a dynamic architecture and a remarkable sculpture. The square floor covered by a half dome, was clearly inspired by the Old Sacristy designed by Brunelleschi. The absolute purity of the statues in white marble and the geometric decoration in gray stone interrupt and evidence the wall contrasting with the explosion of color of the Chapel of the Prince, decorated with the mosaic technique of semi-precious stones.

Curiosities about the Medici Chapels

Did you know that Michelangelo made for the Chapel of the Medici a Madonna with the Child (Madonna Medici) where we can appreciate the religious inclinations of the artist, according to which, when earthly glories pass only spirituality and religion remain to alleviate the restlessness of the men. To the sides of the Virgin are present the two saints protectors of the Medici family, Cosimo to the right fulfilled by Montorsoli in 1537 and Damian to left fulfilled by Raffaello da Montelupo in 1531.

Why visit the Medici Chapels

The answer to the question, why visit the Medici Chapels, is simple, because through this visit we can know more clearly the history of a city, a family and an artist.

In the Medici Chapels, located behind the basilica of San Lorenzo, we can see the majesty of the work of Michelangelo. Besides its sculptures and architectural decorations, this museum also shows the Treasury of the Basilica of San Lorenzo in its reliquaries and liturgical objects, recognized as examples of the goldsmiths of the Renaissance and Baroque.

How to visit the Medici Chapels?

It is possible to visit the Medici Chapels by buying the tickets online.

Among the well-known attractions very close to the Chapels of the Medici we have the historical Palazzo Vecchio that was the center of the Government of Florence and which currently is the seat of the city council. During your visit to Palazzo Vecchio you will be able to see some impressive rooms such as the Cinquecento Grand Hall.

In addition, Palazzo Vecchio is in one of the most beautiful squares of the city and the world, Piazza della Signoria. From here, you will pass by the Uffizi Gallery, the most well-known Italian painting gallery in the world, then, you can head towards the Ponte Vecchio, one of the iconic images of Florence and, without a doubt, one of the corners most visited by tourists and Italians.

Closed on the 2nd and 4th Sunday and 1st, 3rd and 5th Monday of each month, New Years Day, May 1st and Christmas Day. 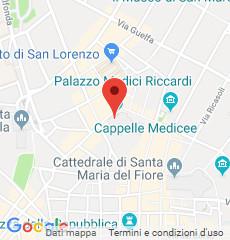