A bit of history about the Archaeological Museum

Opened up in 1818, by the King Victor Emmanuel II, at the Cenacolo di Fuligno buildings. At the time, the Archaeological Museum housed Roman and Etruscan remains. As the collection grew the museum was moved from via Faenza to its actual location at the Piazza Santissima Annunziata in the year of 1880.

The museum was born from the personal collections of the Medici and the Lorraine. It suffers several relocations from the Uffizi. The Egyptian collection was created by the mid XVIII and XX centuries and included the Etruscan topographic museum that was destroyed in the 1966 floods.

What is the Archaeological Museum nowadays?

The Archaeological Museum houses very important Etruscan remains, such as the "Chimera" a votive bronze statue found in Arezzo in 1553, a creature that is part lion part goat and part snake. It was especially dear to Cosimo I as a symbol of power. Among the highlights, the statues of "Arringatore" (Speaker), "Minerva", the terracotta and travertine urns from Volterra, and the Greek ceramic vases with black figures. The museum is also very important for its Egyptian collection, only second in Italy after the Turin.

Curiosities about the Archaeological Museum

Did you know that the Archeological Museum located by the Piazza Santissima Annunziata and that Giulio Parigi, a student of Bernardo Buontalenti, designed and built the museum for the Duchess Maria Maddalena dAustria, wife of Cosimo de Medici in the early XVII century?

Did you know that during the short period of time when Florence was the capital of Italy; this building was the Tribunal dei Conti and since its inception in 1880 is the oldest museum of its kind in Italy?

Why visit the Archaeological Museum?

Florence is a city characterized by its historic fountains witness of its story since its foundation in the year 59 AC. You could find Florences Memoirs in the Archeological Museum that houses a great variety of findings and collections as interesting as its own history.

How to visit the Archeological Museum?

The Archaeological Museum, with its vast collection of ancient artifacts, among which is the second Egyptian collection in Italy, is an important testimony of the past. Those who wish to visit this museum can buy tickets online.

From the Piazza Santisima Annunziata you can walk by the small and picturesque streets that will take you the Florence Cathedral with its majestic duomo. Walking always in the direction of the river Arno, you will pass by the wonderful Piazza della Signoria where you can admire the beautiful fountain of the Neptune. At its side lies the imposing Palazzo Vecchio and within a few steps from it you will walk through the square of the famous Uffizi Gallery until you reach the river from where you will have a panoramic view of the famous Ponte Vecchio.

Closed on New Years Day, May 1st and Christmas Day

Closed on Sundays(except the first Sunday of the month), Mondays,Tuesdays and Wednesday 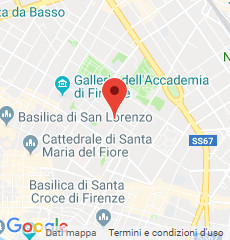