A bit of history about the San Marco Museum

Built between 1473 and 1452 by Michelozzo; an architect highly respected by the Medici. By the end of its construction, this convent was one of the newest and more comfortable in Italy.

This Michelozzo project ended with the construction of a large renaissance-style, sober, graceful and elegant building. During the Lorenzo the Magnificent tenure this building became a library, which was a heaven for humanist and intellectuals of the time to consult books in Latin and Greek. This piece from Michelozzo was the first public library of the western world.

The convent of San Marco was expropriated during the Napoleonic time in 1808, returning to the Dominican Friars at the fall of the French empire. During its restoration in 1866 it was confiscated by the Italian government, which eliminated all religious orders.

In 1869 it was declared a National Monument and it open its doors to the public.

What is the San Marco Museum nowadays?

The San Marco Museum is located in a former monastery founded in the 13th century and that today houses frescoes by Ghirlandaio, Fray Bartolomé, as well as many paintings of his followers. The dormitory cells are fully decorated with frescoes by Beato Angelico, not to mention those which belonged to Cosimo the Elder, the tycoon of the Medici family who paid for the rebuilding of the Church as well as the monastery, which were falling apart in the 15th century.

One of the highlights of the museum is the Annunciation fresco on top of the staircase leading to the dormitories, a symbol of purity, obedience, and faith. Very impacting is the Library Hall, also commissioned to Michelozzo and considered one of the best examples of Renaissance interiors, with its arcades supported by narrow pillars with Ionic capitals.

Curiosities about the San Marco Museum

Did you know that the San Marcos Museum houses a Dominican cloister? The cloister is located on the first floor where the Annunciation fresco welcomes visitors.

Why visit the San Marco Museum?

In this marvelous museum you could visit the room used to shelter peregrines, you can also visit the Chapter Room, the Lavabo Room, the Refectory, the Cloister of the Spesa and a small Cloister of the XV century. In addition, on the library of the San Marco Museum there is an important collection of medieval, Renaissance and illuminated books.
In the San Marco Church it is possible to appreciate the work of Santi di Tito, S. Tommaso in Preghiera of 1594 which is over the first altar on the right. This artist and architect was the one who guided the change from Mannerism to the Baroque style in the city.

How to visit the San Marco Museum?

The San Marco Museum, thanks to Fra Angelico's frescoes, is surely an interesting destination for lovers of religious art. It is possible to book the tickets in advance online.

Closed on the 1st, 3rd and 5th Sunday of each month on each monday after an opening Sunday, New Year’s Day, May 1st and Christmas Day. 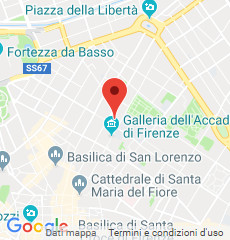